Everywhere in the world, except for the U.S., soccer fans are known for their intense love of the game. That passion has led to riots, hooliganism and animal sacrifice. You don’t hear much about animals dying for the game in the Western world, where players may put their faith in a moment of prayer or a lucky jersey rather than burying a burnt animal or rubbing a concoction of horse’s foot and ostrich leg onto their knees.

The country that hosts an international sports competition gets the world’s attention and money, but they also get their customs put under a microscope. In South Africa, that includes sacrifices, witchcraft and traditional medicine, called “muti.” While not everyone in the country practices muti, many teams employ their own traditional healers to both strengthen their team and protect them from black magic. This can include smearing concoctions on locker room walls, poultices for the players, burying animal parts in the fields, and ritual slaughter.

The South African team spokesman denies any use of muti by the players, but many fans don’t buy the claim. For one thing, conventional wisdom says that magic is robbed of its power once it’s publicly acknowledged. Healers have been spotted around the team, and the ritual slaughter of an ox at Soccer City was deeply tied into these traditions. Phephsile Maseko of the Traditional Healers Organization has little doubt that the team uses muti. “This is Africa,” she said.

FIFA generally handles the question of traditional medicine by prefering not to touch it with a ten foot pole. They reportedly weren’t too happy when a burnt chicken was buried under the artificial turf in Swaziland’s national stadium last year, but that probably had more to do with ruining the FIFA-sponsored pitch than the custom itself. Prior to this year’s World Cup, FIFA did ask the World Anti-Doping Agency to look into traditional medicine, but they wanted to leave it to the local authorities, too.

The team may or may not use animal remedies, but muti is popular among some fans. And, as the host country, the local fans are fired up, which could pose a serious threat to some species. One popular practice used by gamblers for good luck is smoking vulture brains. The tradition already had conservationists worried, but with increased gambling around the World Cup, the odds get worse for South Africa’s vultures, especially since seven of the nine vulture species in the country are endangered.

The cultural gap around the role of animals drew attention last year, when word got out that the Makhonya Royal Trust had proposed that each World Cup stadium be blessed by the slaughter of a cow. The Trust’s chairman defended the proposal, saying, “We must have a cultural ceremony of some sort, where we are going to slaughter a beast. We sacrifice the cow for this great achievement and we call on our ancestors to bless, to grace, to ensure all goes well.”

Many animal advocacy groups weren’t going to oppose the sacrifices, but they wanted to be involved to ensure that they were performed with minimal suffering to the animals. This may seem hypocritical, but it is traditional for the host country to display their customs to the rest of the world. And it’s not as if no animals die for the World Cup, it’s just that the ones who died for the burgers and hot dogs sold inside the stadiums got a lot less ceremony.

Ritual slaughter and traditional remedies may seem shocking to some people, but are they really any different than all the other reasons animals are killed around the world? 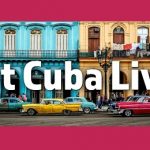 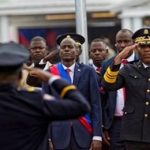 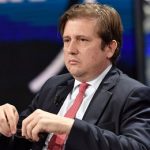